From published dramatic poetry to still-in-development musicals, the Shipwright Sessions give you the opportunity to hear excerpts of these works from the playwright themselves combined with an up-close look at the writer through mini-interviews led by Ship’s artistic director Richie Wilcox. This season, the Shipwright Sessions, which are free to the public and entirely online, will feature Into the Eyes of the Fire by Natasha Thomas, Matriarch by Mary Fay Coady, and Daring to Hope at the Cliff’s Edge by Elizabeth Glenn-Copeland. 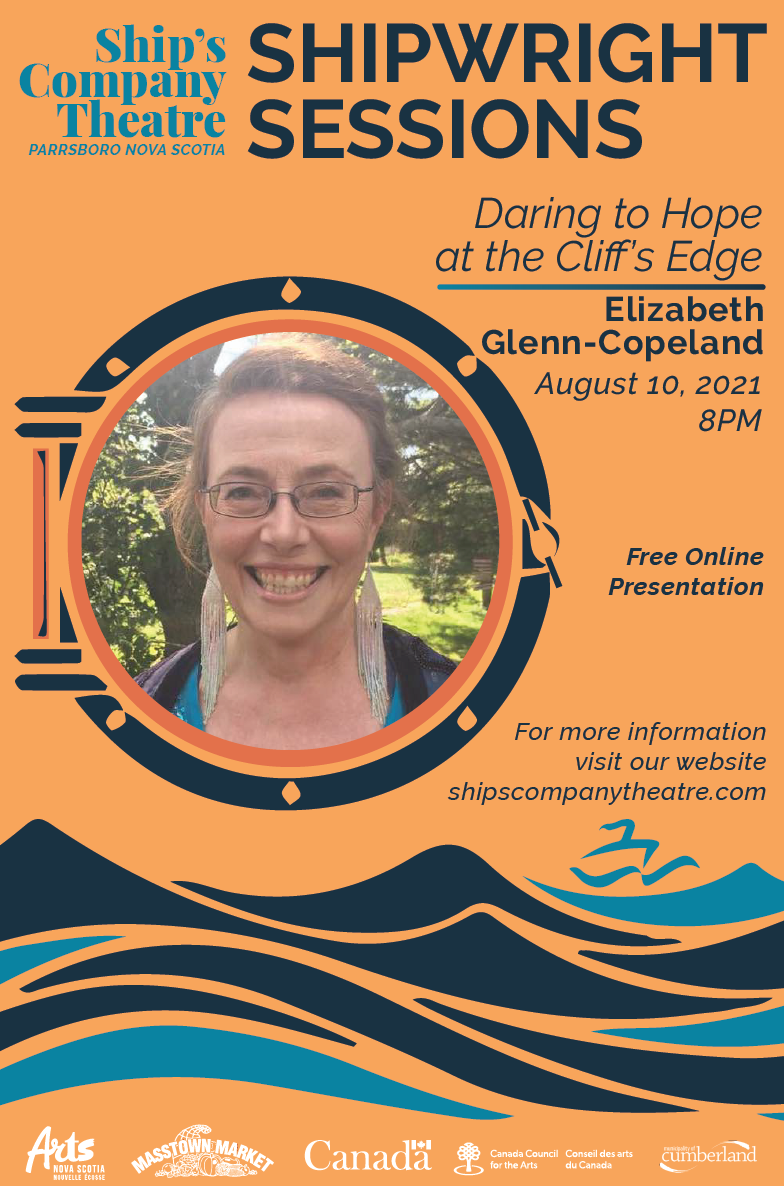 Elizabeth Glenn-Copeland is an author and theatre artist whose career has evolved at the intersection of arts and activism. Performance credits include touring with Second City, playing Arkadina in The Seagull (Toronto Summerworks), and with the Honolulu Symphony, playing the Witch in Hansel and Gretel. Her written work has appeared in Resilience Journal, The Furious Gazelle and Deep Times Journal, among others. Her novella, JAZZ: Nature’s Improvisation was shortlisted for the 2015 ReLit Award. As Writer-in-Residence at the Joggins Fossil Institute, she wrote “Daring to Hope at the Cliff’s Edge: Pangea’s Dream Remembered”, later taking this work on the road with husband Beverly Glenn-Copeland at the Dawson City Music Festival, Folk on the Rocks, and MoMA PS1 in NYC. 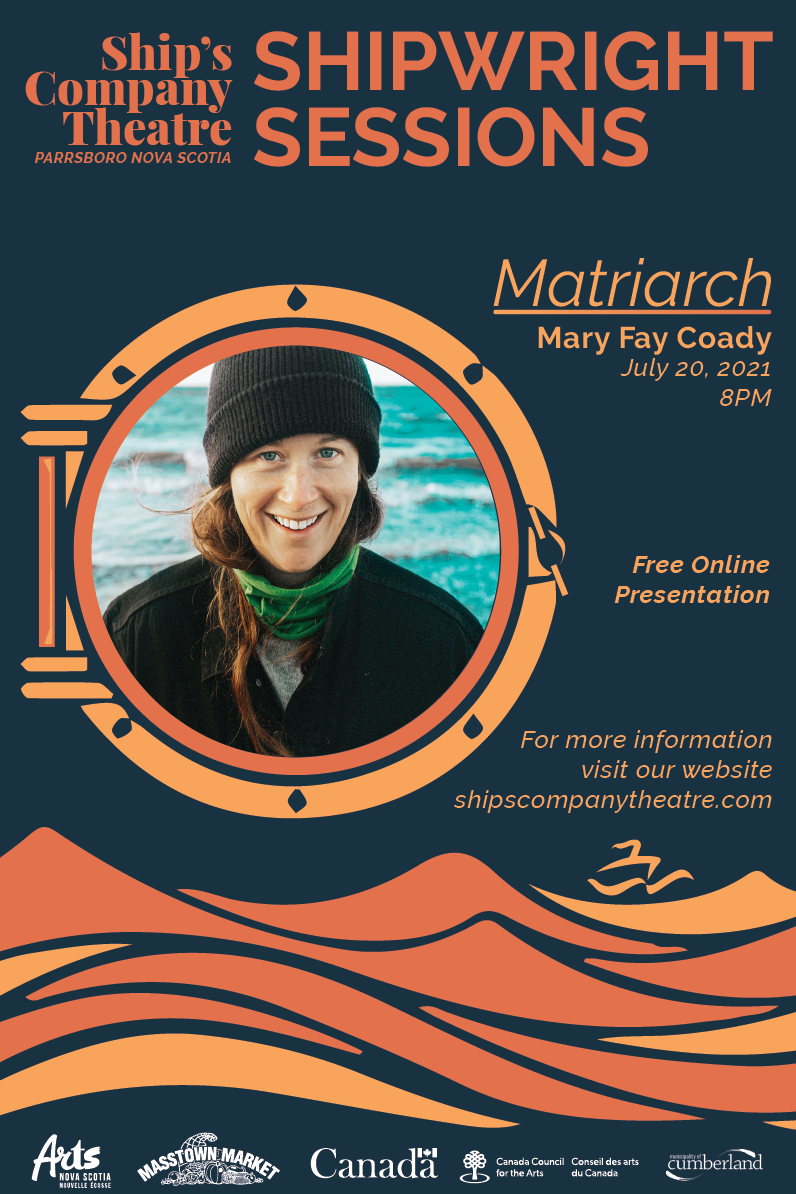 Mary Fay is a theatre-maker from Halifax, NS. She has worked with various theatre companies in Nova Scotia. Most recently, she toured the world for three years with 2b theatre company, performing in Old Stock: a refugee love story, which garnered 6 Drama Desk Nominations, A New York Times’ Critic Pic, won 9 Merritt Awards (including Mary Fay’s Best Lead Actress win), 3 Edinburgh Fringe Festival Awards (including the Herald Award), and 3 Toronto Theatre Critics Award (including Mary Fay’s Best Featured Performer win.) She is currently working with Zuppa Theatre on their upcoming show Strike Anywhere and writing the first draft of her play Matriarch. Mary Fay is currently devouring everything Fran Lebowitz. 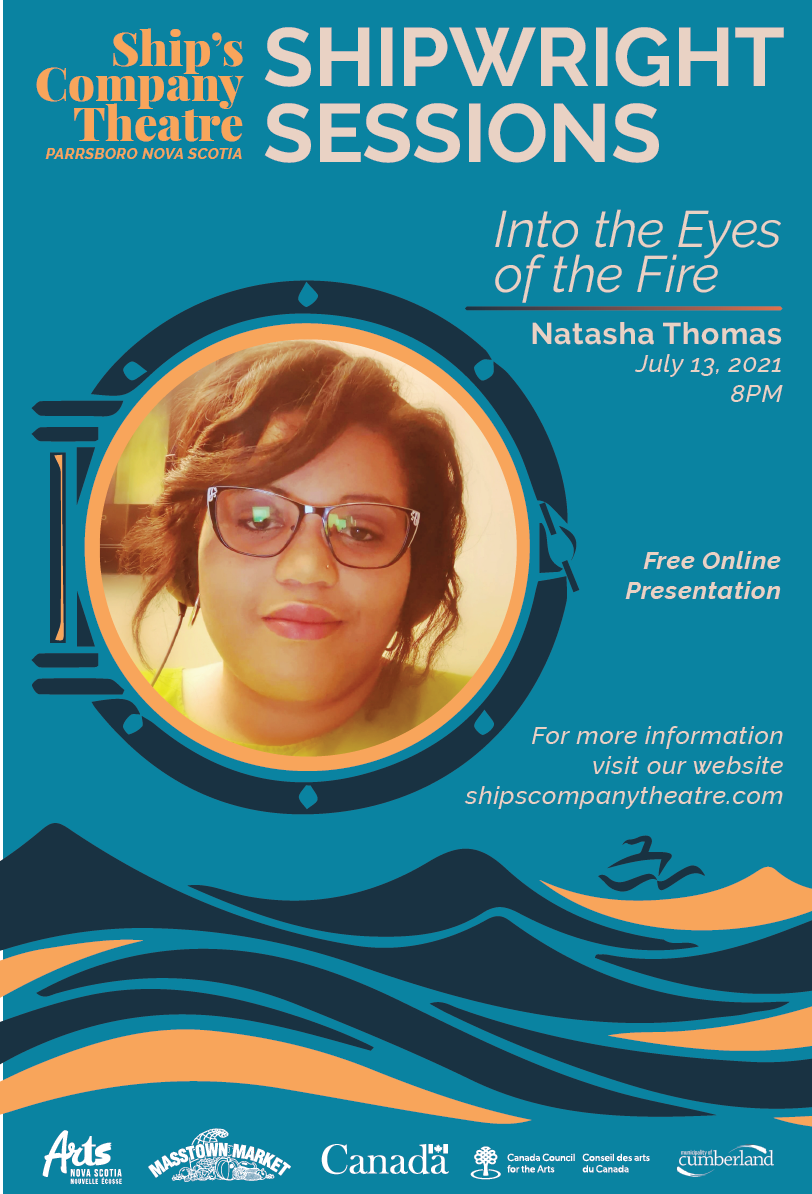 Natasha Thomas is an African Nova Scotian of more than 10 generations ascent and graduate of the Nova Scotia Community College, Music Arts Program. In 2020, she was commissioned by Eastern Front Theatre to produce a micro digital creation. Natasha was the 2020 Masstown Market Shipwright Residency participant at Ship’s Company Theatre. She is the Artistic Director of “The Beyond Imagination Puppet Crew” and curated a Puppet cantata “Freedom Runs” combining her love of puppetry, music, and scriptwriting. Natasha performed at Pier 21, in the Jerry Brown production “Winter Solstice: Souls of Sirens” and appeared in; “Beyond the Veil of the Sorrow Songs” on the Jack H. Skirball Center for the Performing Arts Stage in New York. She played the role of Addaperle in the 2017 Broadway In the Hood production of, “The Wiz” at the Rebecca Cohn Auditorium and has appeared in various productions with the Charles Taylor Theatre Company.  Natasha is a vocalist who also enjoys songwriting and composing.

This series is proudly sponsored by: